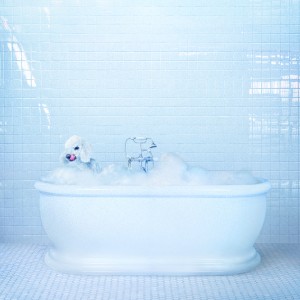 New York-native songwriter Greta Kline has shared a bounty of her innermost thoughts and experiences via the massive number of songs she has released since 2011. Like many of her peers, Kline’s prolific output was initially born from the ease of bedroom recording and self-releasing offered by digital technology and the internet. But, as she’s grown as a writer and performer, devising more complex albums and playing to larger audiences, Kline has begun to make her mark on modern independent music. Her newest record, Vessel, is the 52nd release from Kline and the third studio album by her indie pop outfit Frankie Cosmos. On it, Kline explores all of the changes that have come in her life as a result of the music she has shared with the world, as well as the parts of her life that have remained irrevocable.

Frankie Cosmos has taken several different shapes since their first full-band album, 2014’s Zentropy, erupted in New York’s DIY music scene. For Vessel the band’s lineup comprises multi-instrumentalists David Maine, Lauren Martin, Luke Pyenson, and Kline. The album’s 18 tracks employ a range of instrumentations and recording methods not found on the band’s prior albums, while maintaining the succinctly sincere nature of Kline’s songwriting. The album’s opening track, “Caramelize,” serves as the thematic overture for Vessel, alluding to topics like dependency, growth, and love, which reemerge throughout the record. Although many of the scenarios and personalities written about on Vessel are familiar territory for Frankie Cosmos, Kline brings a freshly nuanced point of view, and a desire to constantly question the latent meaning of her experiences. Kline’s dissonant lyrics pair with the band’s driving, jangly grooves to create striking moments of musical chemistry.
Vessel’s 34-minute run time is exactly double the length of Frankie Cosmos’ breakout record, Zentropy, and it is an enormous leap forward. Typically, albums by artists at a similar stage in their careers are written with the weight of knowing that someone is on the other end listening. Yet, despite being fully aware of their ever-growing audience, Kline and band have written Vessel with a clarity not muddled by the fear of anyone’s expectations. Vessel’s unique sensibility, esoteric narratives, and reveling energy lace it comfortably in Kline’s ongoing musical auto-biography.

Vessel was recorded in Binghamton, New York with Hunter Davidsohn, the producer and engineer who helped craft Zentropy and Next Thing, and at Gravesend Recordings in Brooklyn with Carlos Hernandez and Julian Fader. It features contributions from Alex Bailey (formerly of Warehouse, and now part of the live configuration of Frankie Cosmos), Vishal Narang (of Airhead DC), and singer/songwriter Anna McClellan, all of whom have played on bills with Frankie Cosmos and collaborated on-stage with the band. The final mixes were done by Davidsohn, and the album was mastered by Josh Bonati.

Barry says: Inventive chord progressions, hummable choruses and an innate understanding of melody, Kline is amongst the most bafflingly capable and intensely talented songwriters out there. Highly recommended.