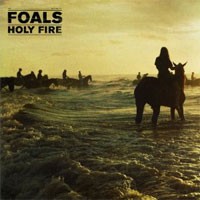 With two top 10 albums already under their belt, Oxford five-piece Foals return with their third and most exhilarating album yet.

The first track to be showcased is ‘Inhaler’ - an electrifying, shamanistic tune set to purge the soul and raise the dead. Heavier than anything Foals have written before it nevertheless shines with their inimitable groove and funk.