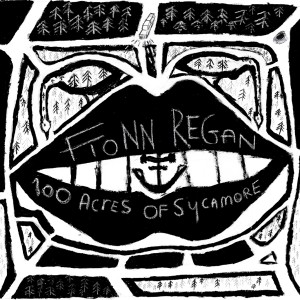 Amongst the album’s many highlights the LP is perhaps best known for the track 'Dogwood Blossom' which featured on the soundtrack to the hit television adaption of Sally Rooney’s “Normal People.” The track also featured memorably during the closing sequence of the final episode of Shane Meadows’ “This Is England 88”.

Regan began writing 100 Acres of Sycamore whilst living on the island of Majorca. Regarding the album's composition Regan stated: “I think if you could bottle a bit of the atmosphere and put it into the record, it's there. In saying that, I think it's spliced with walking in the woods in Ireland.”

The album was recorded to tape using analogue methods, with Regan noting, “I just love the sound of it, I love the process. I love the idea that there's a master tape. It's a very potent thing.” Regan and co-producer Sean Read recorded using the same console that The White Stripes used to record their fourth studio album, “Elephant”.

Regarding the stylistic differences between 100 Acres of Sycamore and his previous album, The Shadow Of An Empire, Regan noted, “The last album was kind of like a chrysalis and this is the butterfly. I think sometimes that everyone has to remember that you don't get 'this' without 'that'. This album wouldn't have happened without the last record. The second one wouldn't have happened without the first one. I think sometimes after the first record there might have been a feeling that, because I was on to a good thing, to just repeat it but I wasn't interested in that. It's very important for me to do what feels right at the time.” Regan also noted, "My previous record, The Shadow Of An Empire was me looking out of a window at the world. With this one, it’s a clear look in.”

Loney DearA Lantern And A Bell