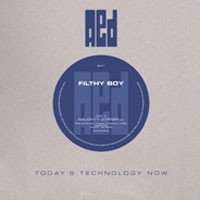 Paraic and Michael Morrissey (20), Harry Weskin (19) and Benjamin Deschamps (19) began playing music together whilst studying for their GCSE’s. There were no grand aspirations; it was simply “something to do after school.”

However, towards the end of their final year they started to realise that they “might be onto something” and agreed to perform in front of their peers at the end of their school prom. They played ‘Biggest Fan’ and as Michael recalls, “No one was interested or listening but we got to sing ‘fuck me up the arse’ on our school stage which was a good moment.”

They’ve come rather a long way since then. After winning the Vice Magazine/Kopperberg Klash battle of the bands last year they have supported the likes of The Vaccines, Jamie N Commons and Zulu Winter and were recently invited to play at The Great Escape Festival.

Blending strange storytelling with big chunks of macabre yet catchy guitar music, their lyrical content is rather risqué, however, it’s delivered with such sharp British irony and a naughty twinkle in their eye that we challenge you to find these boys anything but abundantly charming.