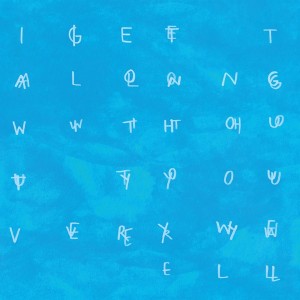 Following their collaboration on the acclaimed ‘For Organ and Brass’, released on Subtext, new album ‘I get along without you very well’ expands on the duo’s intoxicating exploration of meditative, spiritual sonics in unexpected ways.

It is a beautiful meeting of two friends and inventive musical minds, resulting in the most affecting and surprising of pop albums. From its opening notes, ‘I get along without you very well’ delights in subtle tensions and contradictions.

Ellen Arkbro and Johan Graden embody the limitless curiosity and fearless innovation of the Swedish and Berlin new music scenes they inhabit. Arkbro is a composer and musician whose work has been presented around the globe at prestigious institutions such as the Barbican in London, GRM in Paris and the Kölner Philharmonie in Köln.

Graden is one of Sweden’s most sought-after pianists, moving freely between classical music and the European contemporary jazz scene. Currently living in Amman Jordan, he is an active member of the Jordanian experimental pop scene.

‘I get along without you very well’ is a daring statement from two of the most progressive voices in contemporary music. In allowing themselves to be at their most vulnerable - with each other, their collaborators and with listeners - they have created some of their most powerful work to date.

Close
Out Of Luck
All In Bloom
Never Near
Temple
Other Side
Love You, Bye
Waqt