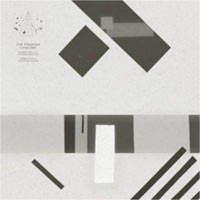 Over the years Efterklang hae developed an insatiable taste for adventure, keen to immerse themselves in different projects and be challenged musically. Collaborating with classical orchestras is one such challenge that the band have never shied away from, and the results have always been stunning. With the release of their fourth album ‘Piramida’, they continued this tradition by performing it for the first time - before the record itself was released - at the iconic Sydney Opera House in May 2012 with the Sydney Symphony Orchestra. An unorthodox way of introducing a new body of work, perhaps, but the moment has become a milestone in Efterklang’s twelveyear history.

Early on in the gestation process of ‘Piramida’, Efterklang enlisted the talents of renowned composers Missy Mazzoli and Karsten Fundal to provide orchestral arrangements for the Sydney performance. Their invaluable contributions brought the orchestra into sharp focus, becoming the catalyst for the performance rather than an embellishment.

Since their appearance at the Sydney Opera House, the band have played fifteen other such concerts - dubbed The Piramida Concerts - around the globe, including sold out performances at London’s Barbican with the Northern Sinfonia and New York’s Metropolitan Museum concert hall with The Wordless Music Orchestra.

The album ‘Piramida’ was released in September 2012. It is named after a forgotten mining settlement on the Norwegian archipelago of Spitsbergen, located just south of the North Pole, abandoned since 1998 and slowly decaying. The trio of Casper Clausen, Mads Brauer and Rasmus Stolberg spent nine days exploring this ghost town, collecting field recordings that would help form the backbone of their fourth studio record. Although cut from the same cloth, The Piramida Concerts differ from Piramida and, keen to present this other side, Efterklang decided to commit one of the performances to tape. Fittingly, they chose the concert they played in their native Denmark, and this will be released as a deluxe double vinyl package (with a copy of the album on CD).

‘The Piramida Concert’ by Efterklang & Copenhagen Phil was recorded live at Copenhagen’s Royal Academy Of Music Concert Hall in October 2012. Over the course of two sold-out nights Efterklang - plus special guests Peter Broderick, Katinka Fogh Vindelev and Budgie (Siouxsie and The Banshees, The Creatures) - teamed up with the 33-strong Copenhagen Phil orchestra and German conductor André de Ridder to perform ‘Piramida’ in its entirety.

The concert also features ‘So’, a song written during recording sessions for ‘Piramida’, and ‘Vælv’, a classical piece commissioned by Efterklang and composed by Karsten Fundal.

Mixed to tape by Francesco Donadello at the Vox-Ton studio in Berlin, the deluxe gatefold double vinyl will consist of one black disc and one white, designed by Danish artists and long-time Efterklang collaborators Hvass&Hannibal.