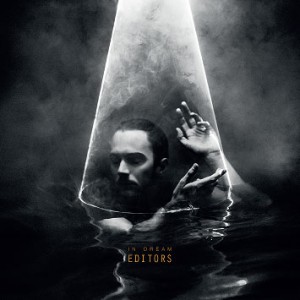 Following the surprise release of their first new music in two years via a secretive placing of ‘No Harm’ on a Play It Again Sam label sampler and a further taster in the form of the seven plus minutes ‘Marching Orders’ which saw 300 test pressings donated to Oxfam for sale in their stores around the globe, Editors release their fifth studio album, ‘In Dream’.

Recorded in Crear in the Western Highlands by the band, and mixed in London by Alan Moulder, ‘In Dream’ is the second album to feature the ‘new’ line-up of the band with Justin Lockey and Elliott Williams firmly in place alongside founding members Tom Smith, Russell Leetch and Ed Lay. After two years of global touring this five piece incarnation used the new album to stretch the Editors sound, swerving away from the rock dynamic of ‘The Weight Of Your Love’ and marking a return to a writing process influenced by electronic music that draws a line from their debut album through to prominence on the band’s third album, the UK Number One ‘In This Light And On This Evening’.

‘In Dream’ is an album created without preconception. The initial visit to Crear, an isolated artist’s retreat 8 miles from the nearest town down dirt track roads was envisaged as a writing and demoing exercise but sessions bloomed within the stunning live room (with floor to ceiling windows framing the Atlantic) and it soon became apparent that the recordings were staking a claim as finished works.

At the centre of ‘In Dream’ is a belief in collaboration. Thus the album was produced by all band members in an open studio environment, nowhere within Crear was cut off from the music being performed and recorded in the creative space. Downtime was soundtracked by a varied playlist that stretched from Todd Terje to 80’s Robert Palmer, John Grant to the Despacio three hour club mix.

‘In Dream’ is the first Editors album to feature duets, Slowdive’s Rachel Goswell sharing vocal duties on ‘Ocean Of Night’, ‘The Law’ and ‘At All Cost’ and is an album focused on allowing artistic interpretations outside of the band to flourish; Alan Moulder was left to mix the tracks without any band involvement whilst visual collaborator Rahi Rezvani has been given carte blanche with the photography and videography that will accompany the album and its attendant singles. It is a bold and expansive statement and is driven by, according to Tom Smith, a belief that music can be ‘both pop and experimental’.