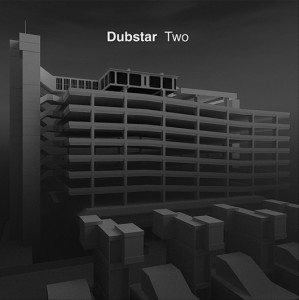 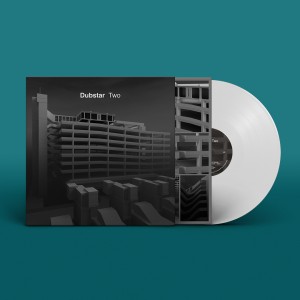 “I fell off the world, I guess I’d been holding on too long…” relatable post-pandemic sentiments from the very first line of ‘Token’, the spectacular return of Dubstar and the opening track from their Stephen Hague produced new album ‘Two’.

It’s all there in that first half-minute – that peculiar insight into worlds out of joint, Sarah’s deceptively sweet vocal, the Northern accent, and above all that irresistible mix of electronic euphoria and delicious melancholy that set them apart from the 90s journeymen.

‘Two’ is the second album from Dubstar since Sarah Blackwood and Chris Wilkie reunited in the mid-2010s, and the first since their seminal 90s albums Disgraceful and Goodbye to be produced by New Order and Pet Shop Boys collaborator Stephen Hague. This reunion with Hague, ushers in a record of full-spectrum megapop, swooning synthesised orchestras, acutely observed kitchen sink dramas, and outright bangers. A mere 26 years since Stars and Not So Manic Now announced them as something disturbing and different in the pop firmament, Dubstar are themselves again – only more so.

Dubstar underwent reconstruction back in 2018. Chris and Sarah had begun work on a ‘Sarah Blackwood’ solo record, when their producer Youth instructed them to call the project what it was, namely a new Dubstar album . “It became obvious that the hiatus was some kind of malady which we’d got over,” says Chris. “We remembered that we just get on well.”

“Sarah and I always had a bit of a sense of unfinished business,” explains Chris Wilkie… “There are things about the 90s which I’m very proud of and things I’d have liked to have done differently. Now we’ve got the opportunity to do it exactly how we felt it could have been.”

That 2018 project ‘Dubstar One’ was a low key affair, two old friends dipping a toe back in the water, but it provided a new way of working. Every other Friday Chris would send Sarah recorded ideas to her new home in Hastings and she would create lyrics and melodies which, back and forth, grew into songs. As a blueprint for the album ‘Two’, the process stood them in good stead when the pandemic hit.

Chris had reconnected with Stephen Hague and “literally had the train tickets booked” to his studio when lockdown happened. But the band developed such a telepathic relationship with Hague that they were able to complete Two entirely remotely.

The result is a record of bewitching, cinematic scale that connects Dubstar’s original thematic universe – the madness under the surface of the suburban, the way that women are forced to fit themselves to the shape of the world and not vice versa – to a new, older and wiser, post-COVID reality.

“Make the most of the things we’ve shared ’cos tomorrow’s mine,” sings Sarah on lead single ‘Token’. It could be a valediction to a lover she’s grown out of – or to Dubstar’s past – or to her old, troubled self. Take it as you will. It’s not how you fall off the world, it’s how you climb back on. This is a different page. Another chance. And everything is new again.

LP
A1. Token
A2. I Can See You Outside
A3. Tectonic Plates
A4. Lighthouse
A5. Tears
B1. Hygiene Strip
B2. Blood
B3. Social Proof
B4. Kissing To Be Unkind
B5. Perfect Circle

DubstarI Can See You Outside