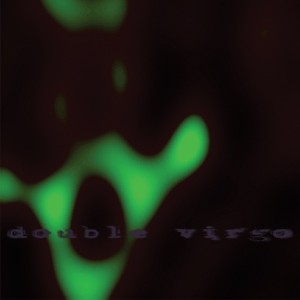 Despite seven sprawling digital releases since October 2020, Double Virgo are still as elusive as they are prolific. The London duo (who make up two thirds of Bar Italia) prefer not to talk too much about their loose-limbed, full-hearted grunge songs.

Now, as they prepare to release their richest EP yet via Vegyn’s PLZ Make It Ruins label, the pair can already count amongst their fans lo-fi auteurs such as Dean Blunt, Mica Levi and Yves Tumor.

‘Eros In The Bunker’ is characteristically off-thecuff, with an undertone of darkness at the same time. That’s how Double Virgo songs feel: instinctive, easy and light, like something you heard years ago blasting out of a car radio in the ‘90s - and yet at the same time, deceptively raw and real.

Occasionally, a squiggle of discordant melody, or a particularly searing image jumps out of the distorted guitar haze and grabs you by the throat. These are the moments that make Double Virgo one of London’s most exciting new sounds.