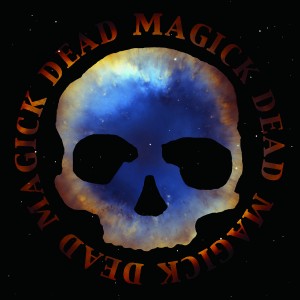 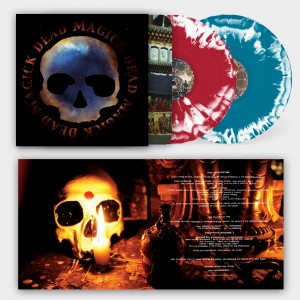 To celebrate the ten-year anniversary of ‘Dead Magick’, Fuzz Club Records are announcing a vinyl reissue of the debut album from Icelandic psychedelic art-rock project Dead Skeletons. In the decade since it was originally released on 11/11/11 via Anton Newcombe’s A Recordings label, ‘Dead Magick’ has come to be seen as one of this generation’s definitive works of neo-psychedelia and had an almost cult-like reverence attached to it. Tours around the UK, EU and USA, major international festival dates and critical acclaim soon followed the album’s release, and it also helped to catalyse a burgeoning underground psych scene to whom ‘Dead Magick’s occult sonic belligerence became a crucial and highly-lauded touchstone. A twelve-track masterclass in “transportative far-out guitar hymnals” (as described by The Quietus’ Luke Turner), the ‘Dead Magick’ double album was an exercise in spiritual rock’n’roll drones shaped by primitive fuzzed-out guitars, repetitive vocal mantras, distorted organs and crashing percussion.

Inspired by bandleader Jón Sæmundur Auðarson’s own diagnosis with HIV, the driving philosophy behind Dead Skeletons (and the wider ‘DEAD’ concept that Jón, aka Nonni Dead, has been exploring since 2003) is defined by the ‘He who fears death cannot enjoy life’ chant heard on the album’s declarative opening track, ‘Dead Mantra’. The underground hit was the first song released by Dead Skeletons – comprising Jón, Henrik Björnsonn (Singapore Sling), Ryan Carlson and Aislinn Van Kriedt (Asteroid #4) – and laid out the band’s intentions from the off: to use music as a means to inspire people to celebrate and cherish life unshackled from fears and anxieties over their mortality. “I created the DEAD concept in 2003 as an idea to use art as a therapy to overcome the fear of death and to enjoy life to the fullest. I had been dealing with the HIV virus since 1994 and wanted to use my art skills to explore this idea further and spread positive messages to help other people in the same position as myself”, the Reykjavik-based artist recalls.