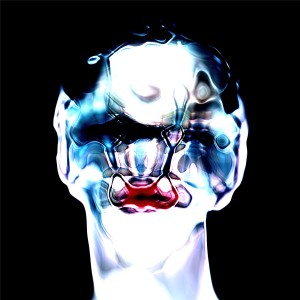 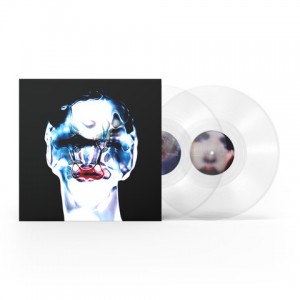 “I’m in the middle of something I can’t wake up from. And you’re part of it” - Ache Ultra Truth finds me in a very different place to where I’ve been before. My previous albums have all focused on the idea of music being an escape or a distraction from the world but that’s not the case this time. For me this album is about looking directly into the fire, not running away from it. There’s a way through but it involves keeping the important people in your life close to you and navigating the darkness together. This is an intentionally heavy and dense album, the edges frayed by flames. There are hooks but finding them all requires effort from the listener. I want to be incredibly clear that this is not a club album made by a DJ - I couldn’t feel further away from that description right now. I’m no longer dealing in a misty-eyed euphoria. Ultra Truth is a distorted fever dream of a record: noisy, determined and alive.

There’s a running theme through all of these influences, something that could crudely described as futuristic gothic noir. It all has a dark, often aggressive edge to it but, importantly, it all has a certain swagger that I was so captivated by in my younger years. That’s where the power lies: it says “this is a leftfield corner of culture but there’s a place here for you here if you want it.” That’s what I felt as a teenager and something I’m carrying through with Ultra Truth. A walk through the darkness together. In every way possible, I’d like to position this album in the world of artists and bands, well away from nightclubs.

“Beyond the silent shadow Under the weight of a collapsing sky Close your eyes, and look to the light”

This is the first time I’ve brought together so many people to join me on the journey and each guest plays a crucial role. I’ve always loved Marie Davidson’s punk approach so she was an obvious choice to open the album; Kelly Lee Owens returns, ten years after being the voice of Drone Logic and now a bona fide superstar in her own right; HAAi is an amazing friend and supernova artist whose beautiful singing voice I’m incredibly proud to feature twice on the record; Matty Healy is a figure I feel isn’t afraid to publicly look into the darkness himself, despite being a huge pop star; Sherelle is probably the most exciting DJ in the world right now and someone who does things entirely on her own terms; Jonnine is the singer from HTRK, one of my favourite bands of all time - having her on Only feels like a dream; James Massiah is a poet whose words feel like they shake the floor when spoken - I needed someone to finish the record with that weight; AK Paul is a soulful force of nature in the studio and the track Ache is just one of the things we’ve been working on; James Greenwood aka Ghost Culture has been my writing/studio partner for over ten years and I’ve always wanted to get his saxophone playing on a track; Manni Dee’s inimitable, burning touch can be felt on literally every second of the record as can that of mixing genius Marta Salogni. This is a collective effort throughout.

Barry says: 'Ultra Truth' takes all of Avery's melodic expertise and subverts it beneath a crashing wave of shuddering percussion and sidechained pads. It's like some of Alessandro Cortini's fractured synth gloom rubbed off on Avery after their superb collaborative LP from 2020, and it's a wonderful divergence. Uncompromising and wholly mesmerising.