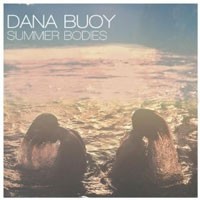 Dana Buoy has spent the better part of the last decade as the percussionist for Akron/Family.

Dana Buoy’s debut album, Summer Bodies, is a rhythmic and vibrant dedication to the joyous feelings of summer love.

What started as hopeful love notes left on an answering machine in Oregon were later crafted into an album in a bungalow near a jungle lagoon in Thailand. Armed with nothing more than a laptop, an MPC1000, and the enchantment of the paradise found there, the songs began to take shape, mimicking the tropic forms that surrounded them.

The record was completed months later in Brooklyn and was fleshed out almost solely by Buoy with live drumming, guitar, thumb piano, and samples built from omnichords, analog synthesizers and iPad apps. During the recording, Buoy and his engineer weathered an earthquake, followed by Hurricane Irene - neglecting to evacuate and maintaining days of isolation brought on by the tropical storm.

The result is Summer Bodies, the culmination of over a year of songwriting and travelling. A dream pop record combining elements of Afro beats, synth pop, and what Buoy refers to as “Tropicore”. The songs connect the dots between Paul Simon and Drake, providing a sonic spaceship ride from the beach party to the after party.

Ryan says: As the percussionist for Akron/Family, you can expect many similar melodies & harmonies from Dana Bouy, overall this is a stunning release. Akron/Family fans, give it a try!