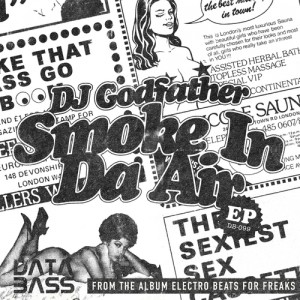 Of note is also "Like Some Dubstep" which sees Godfather utilize the infamous 'wub' of dubstep across some percolated booty beats. I'm also really enjoying the 'drank' references in the footwork hybrid "Smoke In Da Air". Top stuff from this long serving stalwart of the ghetto-house scene.

Matt says: Need a bit of booty bass? You can't go wrong with Godfather. One of the scene's longest serving vets; this Detroit producer has incorporated elements of footwerk, dubstep and Chicago house into this new EP. Check!