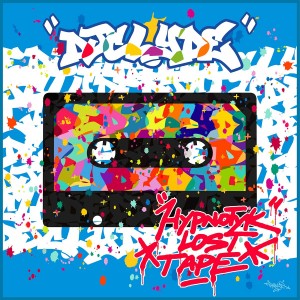 We are in 1994, DJ Clyde left the group Assassin and launched the 1st French Mixtapes but he sees even further and launches into production for the 1st time since he became a hip-hop activist. His set up seems very simple but unusual and innovative for the time, especially in France, with a SP1200 and two S950 and a bucket load of soul, funk & jazz vinyl that he digs with his crew Hypnotyc DJs (DJ Clyde, DJ Max, DJ Asko).

This release has been culled from a cassette archived by Clyde of beats sent for the album "Paris Sous Les Bombes" of the famous group Suprême NTM (3rd album of the group). A gritty, street-ready mixtape / instrumental beat album; like fellow beatsmiths J Dilla, Madlib, DOOM etc; it lives and breathes soul and attitude; with enough spaciousness to invite MCs to drop bars over. To content is infectious - lending itself perfectly to the cassette format it was recorded on - the resulting vinyl press pumps and crackles like a tape with a degree of warmth around the low mids you can't replicate! At ease soundtracking basketball games, skate park jams or MC battles on your local estate as it is beaming out of your stoner brother's bedroom in the middle of the night. DJ Clyde shows that the French were just as on it as the US or UK producers when it came to constructing these fabulously pioneering projects.

The cover is made by the talented graffiti artist Cyril Kongo of the famous and historical crew of graffiti artists MAC (founded in 1986 in Montreuil).

Matt says: A brilliantly dusty, French-born boom-bap mixtape culled from cassette and sounding wonderfully gritty and full of life for this first-time-on-vinyl run. A must for DOOM and Madlib fans.