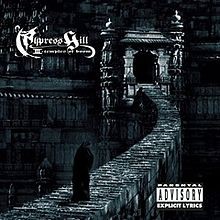 Twenty years ago Cypress Hill was on top of the world, with two chart topping albums and several number one singles. Upon its release on Halloween, "Temples of Boom" might have illustrated their total disregard for the commercial success they’d enjoyed up until that point. This album was darker. The beats were spookier. The lyrics were grim. Even the album cover had a gloomier look, which is saying a lot when looking back at Black Sunday’s cover. It seemed that instead of riding the success of their previous two platinum albums they were heading in the opposite direction, pop culture be damned. Then something strange happened: "Temples of Boom" went platinum. B-Real, Sen Dog, and Muggs had put out an album that was all about them, not the mainstream or Columbia Records, and it worked. The fans remained steadfastly open to something new.