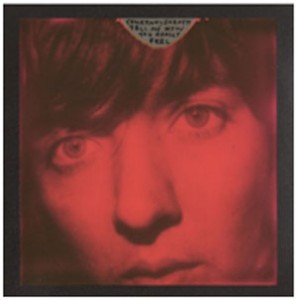 The Grammy and Brit nominated Courtney Barnett returns with her second album - 'Tell Me How You Really Feel.' It follows her critically acclaimed 2015 debut album 'Sometimes I Sit And Think And Sometimes I Just Sit', and a recent top 10 collaborative record, 'Lotta Sea Lice', with Kurt Vile. One of the most distinctive voices in music, Courtney is known for mixing witty observations with unflinching self-assessment - fast forward to now and although all of the cleaver turns of phrase and an eye for story telling are still there; this new collection of songs see a more serious and outwardly tone capturing the current social landscape yet still retaining moments of intimacy and warmth. As the world becomes more familiar with Courtney Barnett these songs feel comforting and emphatic yet that raw energy and the ability to make the listener think still remain.

Barry says: Another absolute stormer from Courtney, though you might have already heard the superb 'Nameless, Faceless' from the 7" a little while ago, and 'City Looks Pretty' and 'Sunday Roast' from the RSD 12", there are a bunch of gems to uncover on this including the snarling skate-punk melodicism of my personal highlight, 'Charity'. Killer.

Hopefullessness
City Looks Pretty
Charity
Need A Little Time
Nameless, Faceless
Im Not Your Mother, Im Not Your Bitch
Crippling Self Doubt And A General Lack Of Self Confidence
Help Your Self
Walkin On Eggshells
Sunday Roast