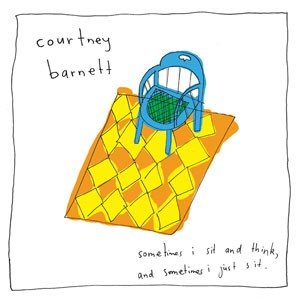 The LP Version includes gatefold double yellow vinyl of 'Sometimes I Sit And Think, And Sometimes I Just Sit' album audio, plus a download card of mp3s of the album, the live tracks and the John Cale cover. There’s also an A2 poster of 'Sometimes...' album cover and 4 x Polaroids of Courtney & CB3.