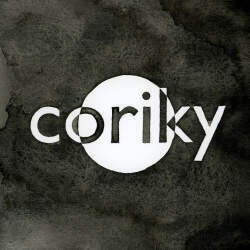 For anyone who’s been hoping Washington DC's post-hardcore legends Fugazi might at some point emerge from their long haitus, this might well be the next best thing.
Coriky is a trio consisting of Amy Farina on drums, Joe Lally on bass and Ian MacKaye on guitar, with all of them sharing vocal duties. Formed in 2015, Coriky didn’t play their first show until 2018 and now finally, they release their debut album.

As you’d expect, it’s the perfect mix of melody and intensity. Lally’s dubby basslines, rumble over rattling snares and although all three share the mic, it’s MacKaye’s distinctive vocal that gives them their edge.

Idles might have borrowed the politically charged punk mantle for a while, but MacKaye and co are here to win it back.

Barry says: From the first few seconds of the album opener, “Clean Kill” it's clear that the Fugazi spirit is alive and well. Moving away from the baritone guitar and jagged anti-folk of Farina / MacKaye's previous project The Evens, they've brought Fugazi bassist Joe Lally in to the fold too, only helping to strengthen the dedication to rhythmic drive and jagged, angular edges; “'Say Yes” is an excellent example of this, with the dual vox of Farina and MacKaye drifting atop a jazzy, funk shuffle. Later, things get a bit more minimal with “Last Thing” epitomising the wandering, hypnotic groove that we'd expect. This isn't to say any of the material here is reductive, quite the opposite in fact, they manage to retain the sound of each individual musician while making it clear why every instrument and every melody is present. An essential purchase.