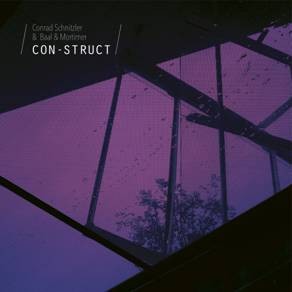 Conrad Schnitzler is one of the great pioneers of electronic music. Here Baal & Mortimer constructs new music utilising Schnitzler’s archive. Instead of reworking the material on its own,she chose to find traces of melodies, harmonies, notes within it, using them as seeds to add and derive new compositions. Schnitzler’s archive became the foundation and departure point from which a process of accumulation and chiseling away started. Through playing things on wrong speed, stretching, or warping, fractal structures appeared, one unfolding out of the previous one, almost like chaos magick set in motion.