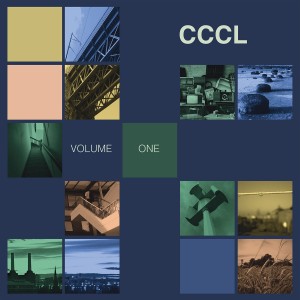 Seventeen years on from his last solo release, the twenty-five tracks collected on Chris Carter’s Chemistry Lessons Volume One (CCCL Volume 1) were the product of six years spent working on solo material in the Norfolk home studio he shares with Cosey Fanni Tutti. CCCL Volume 1 reinforces Carter’s significant but often under-appreciated role in the development of electronic music - a journey that for Carter started ahead of his work with Throbbing Gristle (alongside Cosey, Peter ‘Sleazy’ Christopherson and Genesis Breyer P-Orridge), and continued through Chris & Cosey, Carter Tutti, Carter Tutti Void as well as his own solo and collaborative releases under his own name.

Here you will find music with a distinctly futuristic leaning, with insistent melodic patterns and a distinct sense of wonderment at the limitless possibilities of science. “If there’s an influence on the album, it’s definitely ‘60s radiophonic,” Carter agrees. “Over the last few years I’ve also been listening to old English folk music, almost like a guilty pleasure, and so some of tracks on the album hark back to an almost ingrained DNA we have for those kinds of melodies. They’re not dissimilar to nursery rhymes in some ways.”

That combination of traditional music and the backing track for exciting, potential futures gives tracks like ‘Moon Two’ and ‘Tangerines’ a sheen of inquisitiveness and quiet euphoria, while ‘Modularity’ and ‘Roane’ have an anxious, sci-fi noir charm. Elsewhere, the skewed voices of the meditative ‘Cernubicua’ add a calming, human note to the album, even if deciphering any specific lyrical content is largely impossible. “That's completely intentional,” says Carter. “Sleazy and I had worked together on ways of developing a sort of artificial singing using software and hardware. This was me trying to take it a step further. I've taken lyrics, my own voice or people's voices from a collection that I'd put together with Sleazy, and I’ve chopped them up and done all sorts of weird things with them.”

Carter began the foundation work for what became CCCL Volume 1 in the years before Sleazy passed away in 2010, and the death of Carter’s fellow TG journeyman had a profound effect on the development of the album. “I’d been accumulating a lot of material, just tracks and elements of tracks, and I was going to start putting it together just before Sleazy died,” he says. “That’s what completely threw me, and that’s partly why it’s taken so long, because of dealing with the shock of that.” Carter describes going through a long grieving process which manifested itself in some of the darker, more introspective tracks appearing on the album.

Barry says: There aren't many driving forces in electronic music as influential as throbbing gristle, and Chris Carter's role cannot be understated. Here we get a distillation of his influences from minimal wave industrial into cosmic and krautrock. Brilliantly evocative and enthralling.