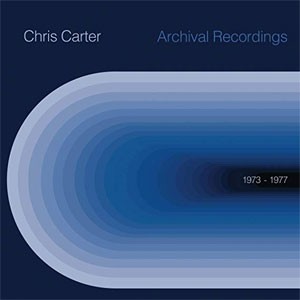 ‘Archival Recordings: 1973 - 1977’: Originally only available in the now sold out ‘Miscellany’ vinyl box set released in 2018. 13 tracks that Chris found in his archive from years before he formed Throbbing Gristle with Cosey, Sleazy and Genesis. They show a young mind curious about electronic sound and melody, yet sound like a fully formed album that should never have been left in the archive for 40+ years. A perfect companion piece to his latest album ‘Chris Carter’s Chemistry Lessons Volume One’.