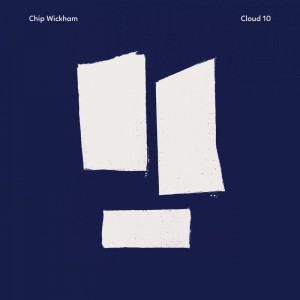 Saxophonist, flautist Chip Wickham takes us to Cloud 10 with his most soulful and lyrical album to date

Chip Wickham is a jazz musician and producer who divides his time between Spain, UK and the Middle-East and who has made a name for himself with a series of beautifully crafted solo albums that draw equally on the hard swinging spiritual jazz of Roland Kirk, Yusef Lateef and Sahih Shihab, alongside the music of British jazz legends such as Tubby Hayes and Harold McNair and the more contemporary sounds of Jazzanova, Kyoto Jazz Massive and Robert Glasper.

Originally from Brighton, Chip studied in Manchester and became involved in the 00's UK jazz, soul. trip-hop and funk scenes, working with the likes of The Pharcyde, The New Mastersounds and Nightmares On Wax as well as playing with Matthew Halsall's Gondwana Orchestra. And his relationship with Gondwana Records goes right back to the very beginning as he played on Halsall's 2008 debut Sending My Love.

Cloud 10 is his debut album for Gondwana Records (following a 12" of Lonnie Liston Smith covers in May) and it is a wonderful, timeless, lyrical, slice of hard-hitting, soulful, spiritual jazz and modal hard-bop with a distinctly UK flavour - driven by Chip's deftly funky flute work and hard-hitting tenor. Underpinned by Chip's restless energy and driven by his desire to connect with the listener on a deeper level.

"My albums are my legacy. Each one is a statement to the world of music and my contribution to its growth, its energy and ultimately its history."

Cloud 10 features pianist Phil Wilkinson, vibes player Ton Risco, bassist Sneaky and drummer Jon Scott (all veterans of previous albums) together with harpist Amanda Whiting and percussionist Jack McCarthy whom Chip met touring in the Gondwana Orchestra, and rising star Irish trumpeter Eoin Grace who also doubles on flugel horn. The album was recorded at the legendary all analogue Estudios Brazil in Madrid, with the band spending a week at Chip's house in the mountains just outside the city, eating and drinking together, listening to music till the small hours and recording all day. It was a magical time and the positivity seeped into the recording.

"It was a beautiful week of pure music and joy, I think you can hear it in the recording and that's the inspiration for the title: Cloud 10 is a place of a great happiness, way out beyond Cloud 9!"

And it is that purity, energy and joy, that makes Cloud 10 such a life-affirming recording and makes Chip the perfect addition to the Gondwana Records family. Lean in, you'll be on Cloud 10 too!

Millie says: Beautifully ambient jazz which encapsulates pure emotion and is a perfect fit that just slots into the Gondwana library. Cloud 10 is very moving, peaceful and brimming with optimism (which we could all use a little bit of about now). Perfect weekend listening.