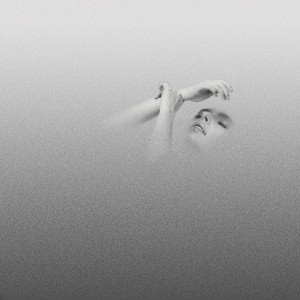 “This area of the throat,” says Chelsea Jade, resting three fingers roughly where her neck meets her chest. “It’s particularly soft, and it's connected ... it's halfway between the heart and the mouth. And that's an interesting place of vulnerability.”

Soft Spot, the Los Angeles-based New Zealand artist’s second album, dwells somewhere between feeling and expression, certainty and doubt. It ventures beyond the exploration of delusions of grandeur that formed the focus of the critically acclaimed Personal Best (2018), and simultaneously promotes and undermines romance, specifically, in a more solemn way.

“Less glib,” offers Jade, who has opened for Lorde and Cat Power among others. Still deliciously glib in places: “Give your worst my best,” she sings on the wryly antagonizing, bass-heavy “Tantrum in Duet.” Soft Spot’s big pop tracks go hard on the interpersonal, physical and amorous, inviting the listener to entertain flirtation, lust, sex, even the experience, rare during its recording in 2020, of being in a room with more than three other people.

With the reinforcement of composition and arrangement by Leroy James Clampitt (Justin Bieber) and production by Brad Hale (Now, Now), Jade conjures up atmospheres conducive to feelings of place and potential. Created during a once-in-a-century pandemic, the album is an evocative assembly of found parts: recordings of sentences and asides delivered by friends, the sound of rain in LA, or the distant voice of bureaucracy against a backdrop of hold music. Seeming choruses were produced to give that impression, layered submission by individual vocal submission. On “Best Behavior,” the record’s danciest track, this illusory energy reaches its euphoric height.

The record transports the listener from speaker-side at a club, to wandering a party, to sitting at an open window with a pianist nearby. It shifts effortlessly from expansive sold-out-show sound to ethereal, twinkling detail. The writing on Soft Spot outwits even its clever, resourceful production, the lyrics a testament to the multi award-winning songwriter’s belief in the pop format as a venue for prose.