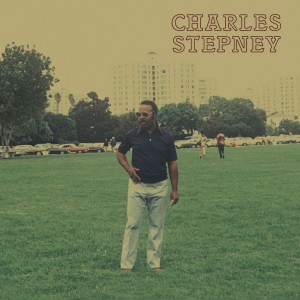 International Anthem proudly presents Step on Step, a double LP collection of newly unearthed solo home recordings created by enigmatic producer, arranger, and composer Charles Stepney in the basement of his home on the Southside of Chicago during the years before his untimely death in 1976. Stepney’s signature “baroque soul” sound is known to many as it’s heard in his prismatic orchestral arrangements for Rotary Connection, Minnie Riperton, Howlin Wolf, Terry Callier, Earth, Wind & Fire, and many more. His sound has been used by countless samplers in the hip-hop world including Kanye West, The Fugees, and MF Doom. But in comparison to the post-mortem renown of his sound, or the artists he supported while he was alive, Stepney is a greatly underappreciated figure… a genius relegated to the shadows.

Step on Step is Stepney’s eponymous debut album, featuring 23 bare-bones, demo-style home recordings, most of which are Stepney originals that were never again recorded by him or any other artist. Highlights from those original works include “Denim Groove,” which hears Stepney on piano and congas alongside his first instrument (the vibraphone), and “Look B4U Leap,” one of several kinetic lo-fi dance numbers that feature Stepney having fun with an early-gen Moog synthesizer. It also features prototypical, seedling-style demos of Stepney compositions for Earth, Wind & Fire, including “That’s The Way of The World,” “Imagination,” and “On Your Face,” as well as the original version of “Black Gold,” which would eventually be recorded by Rotary Connection (as “I Am The Black Gold of The Sun”).

B1. That's The Way Of The World
B2. Imagination
B3. In The Basement
B4. Business