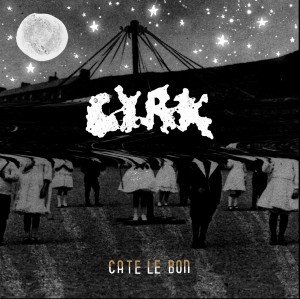 Cate Le Bon’s second album, Cyrk, was released to widespread acclaim in 2012 and saw the Welsh singer/songwriter play live across the world, including being invited by St Vincent to tour the United States. There are small musical touches throughout CYRK which make it distinctive from the work of any other singer-songwriter, colouring the record with splashes of ingenious eccentricity and psych-pop flourishes.

“A songwriter this unique and talented shouldn’t be standing in anyone’s shadow.” Pitchfork.

“One of the most characterful voices of recent times” MOJO.

"A common thread can be found in CYRK, Cate's second album: the application of a sincere pop-song sensibility, and a yen for the surreal that sidesteps the zany." NME.