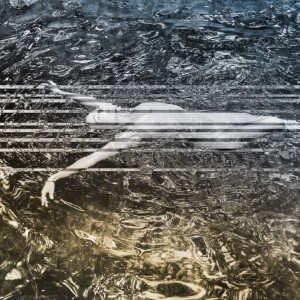 Part 2 of a two part project from Casino Times which finds Joseph Spencer and Nicholas Church continuing to carve out new paths across the blurred boundaries between bass, techno and breaks.

With both 12”s making up the album proper, the second part is equally enthralling as the first – five tracks that glow with a nuclear core, powered by pneumatic drums and tastefully decorated with sumptuous pads, the occasional vocal rap and lashings of untamed electric currents. It gloriously exists in the right now whilst paying close attention to the kinetic rhythms of the body and the ongoing exploration of synthesized soundscapes. In short a proper vivid mind trip which’ll equally excite dancers and DJs when placed into their natural environments. There’s few LPs that work in such varied contexts, but Casino Times seem to have nailed just that. Recommended!

A. Ultra Synthetic
A. Something Else Feat. Duane
A. Run Mods
B. Unfold
B. Tides