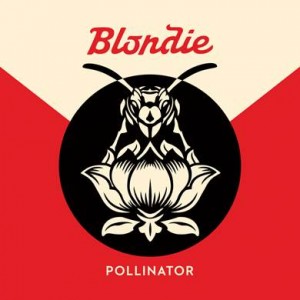 Blondie returns with 11th studio album ‘Pollinator’ lighting up 2017 with an incredible new record befitting one of the world’s greatest bands.

Blondie’s classic writing duo of Chris Stein and Debbie Harry are at the heart of the creation with an impressive list of song wirters on the project including Johnny Marr, TV On the Radio’s Dave Sitek, Dev Hynes (Blood Orange, Lightspeed Champion) Adam Johnson aka An Unkindess, Sia and Charli XCX .

Barry says: I was a little young for Blondie, having been born 5 years after Parallel Lines was out, but had I not been, i'd be regaling you with tales of how I had posters of Debbie Harry in my bedroom, but I didn't. I had posters of Yoshi. Still, this is very good.