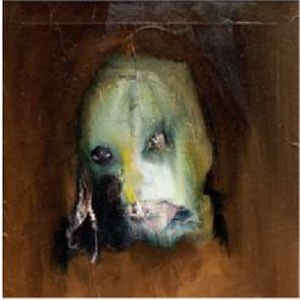 Through his output both as a sound artist and through his eclectic Dekorder record label, Black To Comm (Marc Richter) has established himself as a singular voice of new music. His Thrill Jockey debut, "Seven Horses For Seven Kings", is Richter’s most direct and visceral to date.

A relentless sonic explorer, he approaches the studio as his instrument, using sampling, analogue production and digital manipulation to sculpt audio fragments into surprising new shapes. Samples from Richter’s contemporaries like German composer Nils Frahm are bent and compounded with elements of early recorded music and medieval song, creating pieces that transcend time and genre. Richter blurs the lines between organic instrumentation and digital production to the extent that the two become inseparable.

"Seven Horses For Seven Kings" was completed during a particularly prolific period for Richter. Working on a broad range of commissions since his last album - from writing for film and theatre works to composing for art installations, apps and sleep music - generated a flurry of new ideas and influences. Extensive touring would equally come to inform a key shift in Richter’s music, simulating the raw, unpredictable energy of live performances on record. While rhythm has been largely absent from previous Black To Comm releases, here the music seems totally bound to it. The album’s breathtaking pace drives Richter’s music to new levels of intensity.

'Black To Comm is... like an abandoned museum of late-Twentieth Century instruments whose exhibits are still running at half power.' - New Yorker

Asphodel Mansions
A Miracle No-Mother Child At Your Breast
Lethe
Ten Tons Of Rain In A Plastic Cup
Licking The Fig Tree Threshold
Fly On You
Double Happiness In Temporal Decoy
If Not, Not
The Deseret Alphabet
Semirechye
Rameses II
Angel Investor
The Courtesan Jigokudayu Sees Herself as A Skeleton In The Mirror Of Hell