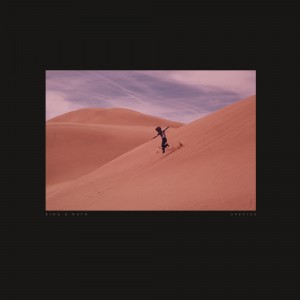 Bing & Ruth, the ever-evolving project helmed by New York composer David Moore, has announced details of a new album, scheduled for release this summer. While on a surface level, Species is an exploration of the sonic possibilities of the Farfisa organ, aided only by a clarinet and double bass (played respectively by founding members Jeremy Viner and Jeff Ratner), the title Species is a nod to both humanity and humility – a devotion to the godly intuition with which we are all endowed, and the humbleness required of us to perceive it. It’s also about suspended time and trance; not just a steady movement from A to B, but as something that flows, meanders and eddies, like water.

Species, and the transcendental state it embodies, was inspired by two recent loves of Moore’s: the desert and long-distance running. Briefly relocating from his New York base to Point Dume, between the Pacific Ocean and the desert, Moore was able to indulge in both passions, which in turn provided stimulus for new work. He says, “I’d found myself in places unfamiliar enough that I could easily lose all sense of direction, size and, more than anything, all sense of time. The music I was making became a kind of reflection of these intentional detachments - and a place to mirror that feeling of trance that had pushed them out in the first place.”

Barry says: Shifting swathes of reverberated electronics, bright echoes and soaring synths slowly evolve into euphoric slo-mo key changes and aquatic phrases. It's an ambient lovers dream, and one that will be on my stereo for some time to come.

Bing & RuthNo Home Of The Mind