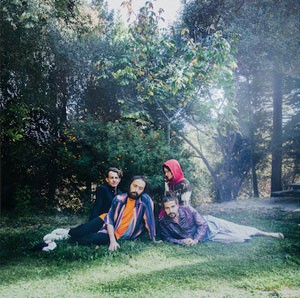 U.F.O.F., F standing for ‘Friend’, is the name of the highly anticipated third record by Big Thief, set to be released by 4AD on May. It was recorded in rural western Washington at Bear Creek Studios with engineer Dom Monks, and producer Andrew Sarlo who was also behind their previous albums.

Their songs represent an emotional bravery and realness that weaves intimate relationships with the listener, a phenomenon that has made them one of the most widely-respected bands of the current era.

Barry says: Big Thief are one of our favourites in Piccadilly, and this latest iteration of their sound really shows why. Skilfully toeing the line between mournful acoustic balladry, simmering country and more upbeat melodic indie, Big Thief have once again brought us an eminently listenable and transportative triumph.

Big ThiefDragon New Warm Mountain I Believe In You