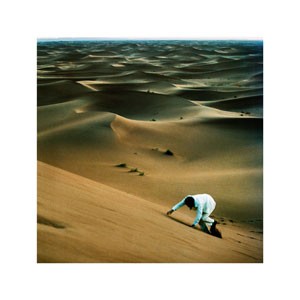 Delusional and hopeful. Loving but injured. Full of vitriol though brimming with forgiveness. Intensely personal yet brutally open. Baxter Dury’s fifth album is both a private meditation into the very real relationship breakdown he experienced over the last year and his most ambitious and biggest work to date.

The album’s opening track is also the portal into Dury’s hazy, anti-wonderland and it comes complete with a guide, “Miami” himself: a foul-mouthed, cocksure ladies man conjured into existence via a heady mix of excess, fatigue and emotional repression. “The guy in the first song is a completely delusional person who thinks he’s a gangster,” explains his creator. The natty charm of Dury’s other records – like his debut Len Parrot's Memorial Lift or the acclaimed Happy Soup – hasn’t been lost, but by collaborating with a full band, producer Ash Workman (Metronomy, Christine & The Queens) and an orchestra, that spirit soars.

chuffed is how Dury feels – perhaps surprisingly – about this album. “It was really fun to make – except for the pain I had to go through to inspire it,” he grins. “But I really like this record. My old man once said of a friend of mine: ‘Your friend has got pronoia. It’s the opposite of paranoia, it’s when you suffer from thinking everything is too brilliant.’ Well I’ve got a nice case of pronoia at the moment.” So, yeah… your heart hurts, but it is 3am so the sun will be up soon… Behold the Prince Of Tears.

Barry says: Well, well. Son of Ian Dury of blockheads fame continues his dad's legacy (in a way) by producing bloody good records. This one is even more of his swooning semi-drawl, but with a more refined and melancholic air, brilliantly balanced by a host of well-curated guests. Lovely.