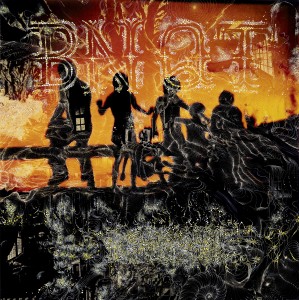 The concept of BNQT (pronounced “Banquet”) came to Pulido while touring Midlake's 2013 release, “Antiphon”. Gathering a number of contrasting yet complementary artists he’d befriended or shared the stage with, Pulido set out to establish an environment in which they could collaborate: “That's what art is about for me,” Pulido says, “creating with other people that you love and appreciate.”

The idea for BNQT was enthusiastically embraced by all involved, but with the artists stretched across the globe, recordings were split both with travel to Denton and remotely over the net. Over a year and some change, songs grew from demos to fully realized recordings, with Pulido guiding the way, and encouraging the artists to stretch out into new, uncharted territory. The resulting work is full of surprises, a collection that feels oddly familiar and attractively alien.

Andy says: If you look at the list of artists on this unique album you'll know that the melodies are well and truly catered for, but sound-wise you might not expect this glorious celebration of all things early 70's. A bit like Midlake's work behind John Grant but with room for some rock'n'roll riffage, swoonsome Floyd-style synths and even a glam stomper. Ace!