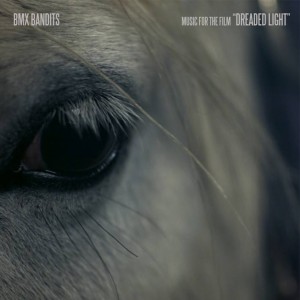 "If I could be in any other band, it would be BMX Bandits"
Kurt Cobain allegedly said.

A great artist with excellent taste. The BMX Bandits have been around in varying formations since 1986 and come from great Scottish guitar pop lineage. Something must be in the drinking water in and around Glasgow, the density of legendary, fantastic bands is striking; Teenage Fanclub, Belle & Sebastian, Primal Scream, Vaselines, Pastels and... the BMX Bandits. With Duglas T. Stewart as the focal point, the band has been releasing great indie pop albums irregularly since 1989. Their first album "C86" is a classic and since then the band has had a worldwide fan base, be it in Tokyo, Hamburg and…well of course, Seattle.

Deeply rooted in the golden era of pop - the 60s - as well as the DIY indie pop scene of the 80s, Duglas and the Bandits created their own sound and style. Humorous, heartfelt and always featuring great melodies. Humorous, heartfelt, great melodies...that's exactly our field of expertise! And so it was surely only a matter of time until we, Tapete Records, finally had the honour of releasing a BMX Bandits album. Welcome aboard!

In between the BBC's coverage of the moon landing in the Summer of 1969 something else was happening, something that would have a greater impact on shaping me and my life. In between live images of the moon mission and reports the BBC were screening episodes of The Adventures of Robinson Crusoe starring Robert Hoffmann, a 1965 serialised telling of the classic tale of a man lost so far from home, it felt an appropriate choice of programme. The series was a French German production and for the BBC to broadcast it Hoffmann's dialogue had to be replaced in English. To do this they didn't have the option to just replace the voice and keep the original music and sound effects, everything had to be replaced. A new haunting soundtrack was produced by Gian Piero Reverberi and Robert Mellin. Their music for this show made a deep connection with me. It was so beautiful, it made me feel sad but I loved the feeling. It was a starting point in setting an aesthetic that runs through so much that I love in music and also in a lot of what I have done. Since then music composed / created for film and television has been a major passion and pleasure in my life and I always wanted to have an opportunity to work in this field.

Mark, Dreaded Light's writer and director approached me through a mutual friend to see if I would be interested in supplying original music for his debut film. At that point it became about both of us making a leap of faith, deciding that we trusted each other. I knew I needed a collaborator to help bring my ideas and themes to life and to bring interesting and to also bring sympathetic ideas of their own to the project. And so I asked Andrew to work with me on the soundtrack. Andrew can play a lot of instruments well, is a great singer and has natural musicality. We loved and connected with the emotional content in the story and we found our first musical theme quite quickly. It was a reaction to imagining an opening titles sequence that would set a mood and tone for everything that would follow. This theme mutates and resurfaces at various points throughout the film. After that we found other themes that we connected to the emotions and physicality of the central characters. As well as the instrumental themes you will find two songs on this album. Spinning Through Times is our emotional end theme about love living on after death. Long Forgotten Summers is a song composed especially for this album, inspired by the film, musically it grew out of the film's opening theme. Andrew and I are proud of this album and are grateful that we had the opportunity to be part of this project. We hope our music enhances the film and will be something that you will enjoy listening to separately.
Duglas T Stewart, Summer 2022.

I was surprised Duglas hadn't scored a feature film prior to Dreaded Light. He's so passionate about music in film and his knowledge of this area really is encyclopaedic. When I asked him why he said it was because no one had asked him. With this being my first feature film as a Director and his first as a Composer. There was part of me thought perhaps I should go with someone who had more experience. I decided I wanted him on board and I'm glad I did because he's been an asset to the production and the score that he created with Andrew is perfect. Mark MacNicol (writer and director of Dreaded Light), Summer 2022.