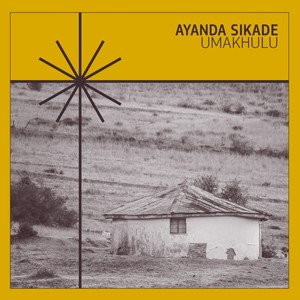 Born in 1981 in Mdantsane in the Eastern Cape, Ayanda Sikade is one of South African jazz’s most in-demand and respected drummers, a familiar face on the scene for years and a driving force behind its growing prominence on the world stage.

Dedicated to his grandmother who raised him, Sikade’s long-awaited sophomore album as a bandleader, "Umakhulu", follows his 2018 debut "Movements". Recorded in Johannesburg in early 2021, it features the talents of frequent collaborator Nduduzo Makhathini on piano, young Simon Manana on alto sax and Nhlanhla Radebe on bass. The album’s nine tracks, composed and produced by Sikade, pay homage to the artist’s heritage - most noticeably on ‘Mdantsane’ and ‘Nxarhuni River’ - while forging onwards to a brave new world on others, like ‘Imithandazo Yeengelosi’ (Prayer of Angels) and ‘Space Ship’.