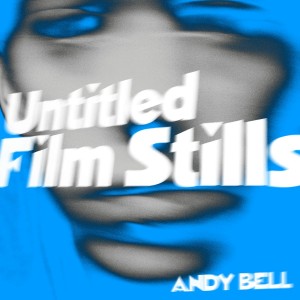 Songs that inspired Flicker by Yoko Ono, Pentangle, The Kinks and Arthur Russell. “The idea was that I would be covering songs which helped in some way to colour in the edges of the picture of the influences that make up Flicker,” explains Andy.“The song ‘Jenny Holzer B. Goode’ on the album refers to a few of the female artists from the music and art worlds who I find inspiring, including Yoko Ono, so it felt right to include a cover of ‘Listen, The Snow Is Falling’, my favourite Yoko Ono song. “Pentangle’s ‘Light Flight’ came out in 1970, the year I was born, and I’ve loved it ever since I heard it on the 1997 folk compilation Transatlantic Ticket. “Nat Cramp, the head honcho of Sonic Cathedral, requested that I cover ‘The Way Love Used To Be’. I’d never heard this song despite being a big fan of The Kinks, but it’s lovely and it felt very natural to do a version of. All hail Ray Davies! “Arthur Russell has been a big reference point for all my music away from ‘band world’. There is something impressionistic and open-ended about his records. I guess you could describe the production style I’m trying for on ‘Our Last Night Together’ as ‘World Of Echo meets This Mortal Coil doing Skip Spence’.”

Barry says: A lovely bunch of covers here seeing the light of day from the ever-talented Andy Bell. Yoko Ono gets the cover treatment as well as Pentangle's brilliant 'Light Flight'

A1. Listen, The Snow Is Falling
A2. Light Flight
B1. The Way Love Used To Be
B2. Our Last Night Together

Andy BellI Am A Strange Loop