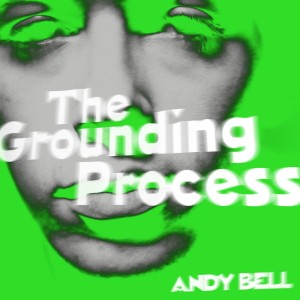 Stripped down versions of tracks from Flicker. “On my debut solo album The View From Halfway Down I did all of my promotion via Zoom and pre-recorded interviews and acoustic sessions,” explains Andy of the EP. “I enjoyed making the acoustic versions and decided to do some more for this album.” “‘Something Like Love’ is the most popular song from Flicker and one of the oldest, starting life in the ’90s. It’s probably the only one that dates back to the Ride era.“The riffs for ‘World Of Echo’ were written while I was on tour with Oasis, at the height of my La’s obsession. It went through a few iterations from then onwards, but never had a final melody until last year.“’She Calls The Tune’ was the first song I wrote after I joined Oasis, ending a period of writers’ block which I had started going through some time in 1999. The very first performance of it was to an audience of Liam Gallagher, Gem Archer and Richard Ashcroft in a Milan hotel room. No pressure! I don’t think I ever saw this as an Oasis song, but I have them to thank for the fact that I was able to write songs again at all.” ‘Lifeline’ was another riff I came up with while on tour with Oasis. I remember being on a UK tour with Shack, and sitting around backstage on acoustics with Mick and John Head jamming around the Simon & Garfunkel version of ‘Scarborough Fair’. The riff for ‘Lifeline’ followed soon after. It was always called ‘Lifeline’ but I never found the right lyric for it until recently.

Barry says: The Grounding Process has some of the lesser well known (but equally superb) pieces in the Andy Bell canon, being written while on the road and in various cities around the world. Another lovely addition to the discography.

A1. Something Like Love
A2. World Of Echo
B1. She Calls The Tune
B2. Lifeline

Andy BellI Am A Strange Loop