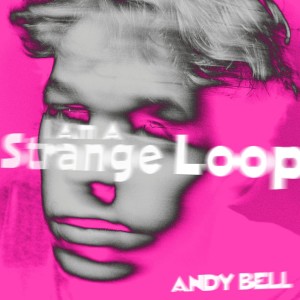 “It was so great to see what came back when I gave these tracks from Flicker to various comrades, friends and heroes to play with,” says Andy. “They’ve given them a new technicolour life.” “David Holmes requested the opening track as he had formed a bit of a connection with it, and what he came up with turns the song into an hallucinogenic beast, taking pride of place here as the opening track but in a whole different way to how Flicker opens. “James Chapman AKA Maps has taken ‘It Gets Easier’ to a bigger, brighter and shinier place, he’s given quite a downbeat track a euphoric and epic sheen. James is an absolute master of electronic production and he’s taken the same care and attention over this remix as he does with his own wonderful music. “I couldn’t put Richard Norris’ lovely widescreen take on ‘Something Like Love’ better than the man himself – in his own words he found the ‘hitherto undiscovered sweet spot between ‘Roscoe’ and ‘Outdoor Miner’’ and he tapped into the melancholy euphoria at the core of the song. “bdrmm’s remix of ‘Way Of The World’ is one for headphones. There are so many great moments to love, all held together by a bassline worthy of Jah Wobble (by way of Andrew Weatherall). Astonishing!”

Barry says: 'I am a Strange Loop' is the first in the trio of Andy Bell recordings this week, seeing the hugely talented Ride legend Andy Bell reworked by a number of today's most renowned musicians. This time we get ambient legend Richard Norris as well as the brilliant bdrmm, Maps and David Holmes. Ace

A1. The Sky Without You (David Holmes Radical Mycology Remix)
A2. It Gets Easier (Maps Remix)
B1. Something Like Love (Richard Norris Remix)
B2. Way Of The World (bdrmm Remix)