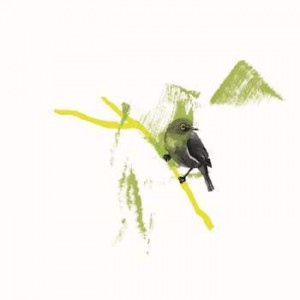 Polytechnic Youth enter the fray once again, continuing an already productive year (these new 45s are 4/5/6th releases in 2018 already!) with a trio of quite brilliant yet totally different 45s.

Alpár aka Hungarian Bálint Zalkai, is the co-founder of ‘Farbwechsel’, the Budapest based record label, and his own recordings of electronic compositions (often built upon random looping sequencers in a minimalist style) are key to the label’s release output thus far. His goal as he sees it is to “catch a random pattern, loop it and build up a piece with that randomly pulsing theme. Just let to flow the voltages and sound waves and try not to disturb them or change their basic behaviours”.

The two tracks here were recorded with this approach very much in mind. The atmosphere of 'Mejiro' is “not unlike a bird observation. Attempting to find the right spot, getting closer and closer to the bird, which almost controls you and your movements as you attempt to near it”. Whereas 'Wakayama' is a more direct piece, and maybe the most melodic song Alpár ever recorded. While 'Mejiro' is a woozy, cautious piece, ‘Wakayama’ is like a tropical fruit or the ume, (the japanese apricot); colourful and full of flavour yet -with thanks to- the slowly humming theme in the background, an element of sourness grips you at the back of your tongue as it ends!

A beautiful pair of tracks released as a double A side 45 early March 2018. Pressing of 250 numbered copies….