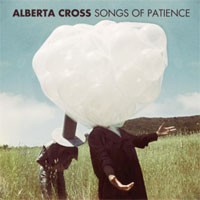 ‘Songs Of Patience’ is both a throwback to Alberta Cross’ roots and a progression forward. The album veers from the melodic sprawl of opener ‘Magnolia’, a track singer / songwriter / guitarist Petter Ericson Stakee wrote in LA about “too many late nights, for better or worse”, to the pensive provocation of ‘Lay Down’, which was penned in the back of a van in Tampa when he felt “beat down by the road” after a two-year straight stint on tour. Petter’s self-defeat and subsequent self-discovery are apparent on hook-laden rocker ‘Wasteland’, a track about “our generation being lost and sometimes in need of guidance”, while the fuzzed out layers on ‘Crate Of Gold’ reveal his growth as a songwriter.

The focus throughout the album’s songwriting was strong, engaging melodies, as well as Ericson Stakee’s poetic narrative sensibility, both of which allow the listener to inhabit a new place for the span of the album.

Produced by Joe Chicarrelli (The Strokes, The White Stripes).

Includes two bonus tracks not included on the US release.