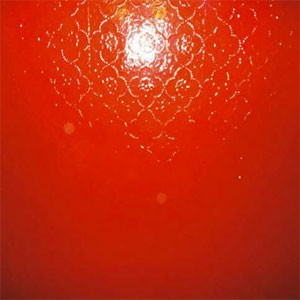 ‘The Drink’ is a twelve-track album addressing a duo’s contemporary and indifferent existence in The West. ******** are comprised of Ailie Ormston, who works in a kitchen and Ω, one half of the partnership Edinburgh Leisure.

********’s vision of the world is portrayed through “rudimentary bass and de(con)structive guitar” (Neil Cooper). With hacked drum machines and preprogramed keyboards, they create compositions that complement their lyrical content, itself demonstrating a harsh and contemptuous reality. The album presents a series of theatrically characterised scenarios; universal summaries of the day-to-day; habitual and excessive; promising and disparaging.

Recorded during a six-month period and originally released solely on YouTube, the album itself addresses new modes of working and an interest in musical versatility.

Being unrehearsed, unknowing and capable of compromise are key to the ******** ethos, with an emphasis on changing the form of each song to suit different performative environments. Authorship and individualism are discouraged; preciousness of ownership is challenged. 85% honest, 15% misquoted; 100% sincere.

You will find them in the pub. Drink the dark, depressive drink.

“Like having a pint with Brass Eye. One of my favourite albums, ever.” - Liam Ramsden, Mellah