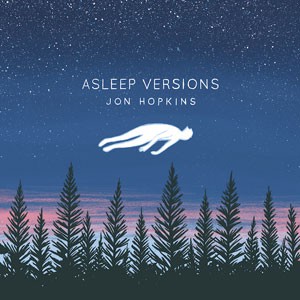 "Asleep Versions" was recorded at Sundlaugin Studios, near Reykjavik, in February of this year. Intended to be heard as one single 25 minute piece, it is composed of four decelerated, dreamlike re-imaginings of tracks from Hopkins Mercury-nominated "Immunity" album.

Representing the quieter, more meditative side of the album, these new explorations take its hypnotic, transcendent qualities to a far deeper level. At times almost painfully beautiful, the EP contains a new, semi-acoustic re-interpretation of album track ‘Form By Firelight’, featuring additional vocals from the Braids and Blue Hawaii lead vocalist, Raphaelle Standell.