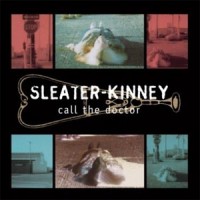 ‘Call The Doctor’ is Sleater-Kinney’s second studio album. It was produced by John Goodmanson and released on March 25, 1996 by Chainsaw Records.

The album is often considered to be Sleater-Kinney's first proper album because Tucker and co-vocalist and guitarist Carrie Brownstein left their previous bands, Heavens to Betsy and Excuse 17, at the time of its recording.

‘Call the Doctor’ appeared at number three in The Village Voice's ‘Pazz & Jop’ critics' poll for 1996.

In 2010, the album was ranked number 49 in the list of the 100 greatest albums of the nineties by the editors of Rolling Stone.