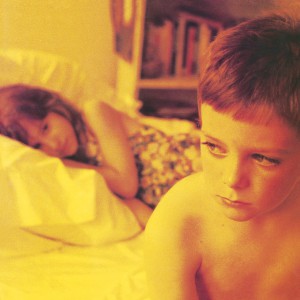 ‘Gentlemen At 21’ presents the original record’s 11 tracks, updated but still retaining the 1993 album’s blistering swagger. The same 11 tracks that have made a visceral connection with fans over the last 21 years - the deeply dark and confessional lyrical content, the no-frills production qualities and Greg Dulli’s soul-baring vocal performances captured on tape. In addition, the album includes all the original demos for the album, which were recorded at John Curley’s Ultrasuede studio space in Cincinnati.

The bonus material also includes the original ‘Debonair’ single B sides, including ‘Mr Superlove’ and a cover of the southern blue-eyed soul classic ‘Dark End Of The Street’ along with three songs recorded live for KTCL in Denver, previously issued on the ‘What Jail Is Like’ EP. The set comes packaged with a faithful reproduction of the original sleeve art and its striking front cover image, an homage to Nan Goldin’s iconic ‘Nan And Brian In Bed, New York City’.

The Afghan WhigsUp In It - Vinyl Reissue

The Afghan WhigsDo To The Beast