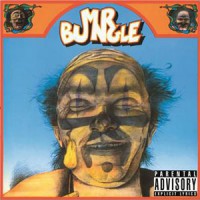 Mr. Bungle is the eponymous debut studio album album by American band Mr. Bungle, released in 1991. The album contains many genre shifts which are typical of the band, and helped increase the band’s popularity, gaining them a reasonable following and fanbase.

Incredibly, the original vinyl version of Mr. Bungle was pressed on a single LP, which – with an album duration of 75 minutes – had a rather dull dynamic sound as a result. For the Music On Vinyl version, we’ve added another LP side to give the music more space to breathe. To top it off, it boasts a unique etch on the D-side.