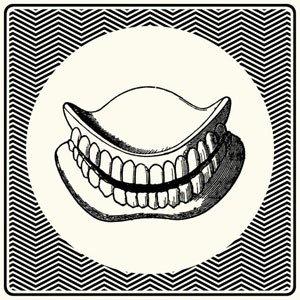 'The Hum' comes eighteen months after the band’s debut album Pearl Mystic – a record that steadily went on to become one of 2013′s most impactful breakout statements. Even more ferocious and uncompromising than its predecessor and yet more melodic and focused than the band have ever recorded, The Hum further cements the band’s status as a vital force in British independent music.

'The Hum' takes the blueprint of 'Pearl Mystic' – proto-punk, garage rock, Washington DC hardcore, 80’s British spacerock – and further stamps it with the band’s seal. Leaner, meaner and more propulsive thanks to the muscular playing of new drummer JN, the record boasts both the most straight-up punk song the band have written to date in eviscerating opener ‘The Impasse’ (“we wanted it to sound like Suicide if they had a full band”, explains MJ) and moments of patient, widescreen beauty only hinted at previously.

“We were writing Pearl Mystic to an audience in the same way your diary has an audience”, says guitarist SS. “It’s written to one but if no one ever reads it that’s not a big deal. This time round though we knew we had a really clear audience, so The Hum is really about different freedoms and constraints – with Pearl Mystic the possibilities were almost too vast, this time around we had a much clearer idea of what the record should be like and that became freeing because we didn’t need to worry about its direction so much.”

That word “free” is a good way to approach The Hum, a record that could only be made by a band in total command of their personality. “It’s like that bit on Fugazi’s Instrument documentary where Brendan Canty says that a jam they’ve got sounds ‘good, but not Fugazi’ ”, says MJ – “we sound more like Hookworms rather than anyone else on this record.”

Martin says: Hookworms formed around a love of DC hardcore and an appreciation for the psychedelic things in life, blending these influences to mutually beneficial effect, marrying the colour and exoticism of psych-rock to the directness and energy of punk, robbing the former of a tendency to pretention and the latter of a tendency to being formulaic. Following 'Pearl Mystic' was never going to be an easy task, but our cross-Pennine cousins have been more than equal to the challenge; with 'The Hum' they have added depth, variety and texture to their power, without losing an atom of potency. There are drone-wash interludes for sure (“iv”,”v’, “vi”), there is buoyant, riotous pop (“Tokyo Radio”), but all the while, lurking predator-like behind the edgy dreaming and MB’s patient, repetitive bass, vocalist MJ’s demons are waiting to explode screaming into life, careering the vehicle vehemently, euphorically upward.