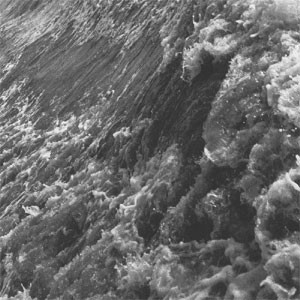 "If I knew I were alive, I could do so much better. If I knew what I had, then I could use it more wisely. If only I’d known before then I’d be in a better place already. If only."

Caroline has always been a precious track for Douglas, one of the first tracks he recorded and a story in which he imagines his grandfather is writing to a loved one during the war. As the only song on his debut album that is stripped down to just his voice and piano playing, and it being a favourite amongst fans at his concerts, it was a natural choice as a first single.

The new track If I Knew I Were Alive Douglas wrote by creating beats, looping them and recording parts live. Dancing around to the beats in his room, he started singing melodies and coming up with ideas that he wouldn’t usually have, sitting at the piano. The idea that we can do a lot more if only we appreciated our own ability and opportunity encouraged Douglas to not take the track to anyone else to re-record it, but to work with what he had created himself.

“The recording has this demo quality, which I really enjoy. I love how revealing a demo can be. It seems to expose the fundamental ideas the songwriter had and the basic quality of the recording is very revealing. One of my favourite records is PJ Harvey’s ‘4 Track Demos’, where the songs are so stripped back that you can appreciate the finest details.” – Douglas Dare

Ryan Lee West, who crafted the Rival Consoles remix of album track Swim explains, “the track existed in a minimal state for a while, and I kept thinking something was missing. There's always something missing! And then out of casual chance, I was sorting through my portable recorder files, and I came across a recording of an installation that I did, which included four motors hitting glockenspiel or xylophone notes at random. I chopped it up in a few seconds and it worked perfectly. It adds texture and movement to the remix. But what's important about these sounds is that they are not in time. I think this remix creates sense of space, subtlety and physicality.”

"The original is so well put together, and the vocal so unique that it was a hard one to approach. I set out to reflect the beauty of the vocal in the intro, so that I could build it into something darker later on. This also mirrors the meaning of the vocal. The last sections are meant to evoke feelings of being washed away by a torrent” – Ross Tones about his Throwing Snow remix of Nile.