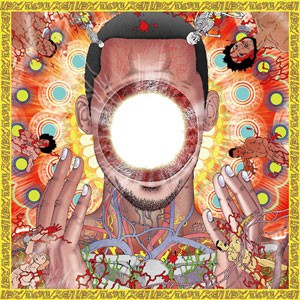 Flying Lotus returns with ‘You’re Dead!’. At once reflective, restless, heart wrenching and joyous, this is a melodic ode to those who have died young, suddenly and unexpectedly, while also existing as a comfort to those mourning the loss of a loved one. ‘You’re Dead!’ serves as an exploration, a eulogy and a portal between the parallel domains of life and afterlife.

‘You’re Dead!’ features another set of genre-blending tracks from Fly'Lo, with fluid movement between hip hop, jazz-funk and electronica, often combining all three elements densely woven together. Across the album bassist Thundercat lays down some furious fingerwork, while the drum programming gives free jazz a run for its money. Elsewhere things get deep and spiritual, with the influence of his late aunt Alice Coltrane shining through. Flying Lotus provides vocals and rapping as alter ego Captain Murphy, and he's also joined by some to notch guest MCs (Snoop Dogg, longtime FlyLo muse Niki Randa and Kendrick Lamar - whose easy shift between spitting rhymes and a sung delivery works perfectly with the music). Other collaborations on ‘You’re Dead!’ include original jazz-funk pioneer Herbie Hancock and Dirty Projectors' Angel Deradoorian.