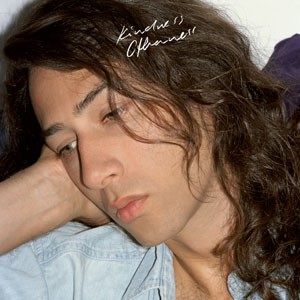 Kindness' debut LP "World, You Need A Change Of Mind" showed Adam Bainbridge to be a young man with a long list of impeccable influences, from soft rock to R&B, from New York to Ibiza. The work of an offbeat bedroom auteur and the producer Phillipe Zdar, that LP charmed us a Piccadilly with its understated beauty and undeniable funk. Sophomore LP "Otherness" sees Bainbridge pursuing his musical vision in collaborative form, expanding his circle to a global ensemble of like-minded musicians all working under his direction. It's telling then that on the album’s opening track, "World Restart", Bainbridge’s vocals remain in the backing chorus, while Kelela and Ade sing the lead parts. The song rides the sort of lithe and loose horns you might hear on a Fela Kuti record, but they're tethered to a fat boogie bassline and Bainbridge's own rich percussive clatter, itself a mainstay through the record. Musically, Bainbridge takes his evident love of 80s soul one step further on this release, moving effortlessly from the frictionless R&B of Alexander O’Neal to the intimate balladeering of Prince, all the while keeping our heads nodding and feet shuffling to the rhythmic pulse of club soul and boogie. The album’s first single, "This Is Not About Us", allows a circular, sticky piano figure played by Bainbridge to slowly melt into this gorgeous choral haze, while "Why Don't You Love Me" finds Bainbridge, Devonté Hynes & Tawiah echoing one of MJ's most mournful torch songs. Elsewhere, hints of loose disco, proto house and shimmering pop are reinvented in true Kindness style as candlelit intimacy is balanced with dancefloor thrust. This time round Bainbridge takes full control of production duties (with the exception of the Hynes collaboration "Why Don't You Love Me?"), resulting in a cohesive sound punctuated by some wonderfully unorthodox touches. "Otherness" is Kindness doing a second album properly, consolidating the successes of the debut while moving forward and most importantly, remembering the tunes.