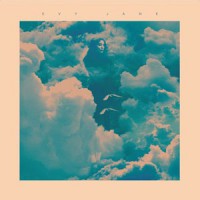 Evelyn Jane Mason and Jeremiah Klein met in Vancouver in 2011 and connected via a shared love of bass music, R&B and pop. Though their work is collaborative, Jeremiah leans towards production, with Evelyn providing startling vocals and frank lyrics. The results are enthrallingly hazy.

Popping up two years ago in February 2012 with a staggeringly brilliant 12" via Canadian creative collective and imprint King Deluxe, FACT compared Evy Jane's "frozen pop futurism" to the likes of Clams Casino and The Weeknd, whilst Pitchfork simply labelled it "stunning," giving it a Best New Track feature. Newly signed to Ninja Tune, Evy Jane's Closer EP neatly rounds up the duo’s sonic excursions since their explosive debut.

Inherently DIY, Evelyn and Jeremiah draw upon Vancouver's mystical aura to create a world that mirrors and magnifies it. From self-directed videos to hypnotic songwriting, Evy Jane is inspired by the hooks and melodies of R&B as much as the sub low shudder of the UK’s shifting bass music spectrum and the ebb and swell of tidal synth washes and grainy atmospherics.

Title track "Closer" draws the listener into its swirling electronic textures, catchy melodies and bass. The effect is to be caught helpless in its current, and the combination with the song’s lyrical plea for further closeness is heady. ‘Nothing So Great’ is a simply magical combination of synths rising gradually from heavy to urgent with commanding vocals describing the dark aftermath of sex. "Sosoft" is future R&B that charts the fear and wonder of romance via fathoms-deep bass and utterly beguiling vocals, dark veins spreading through lullaby softness. Final track "Worry Heart" ventures into dubbier territory, a recollected vision of failed reassurance seeing Evelyn’s vocals soar: "You are so damn fair. With your anchors gone, you are floating too free".