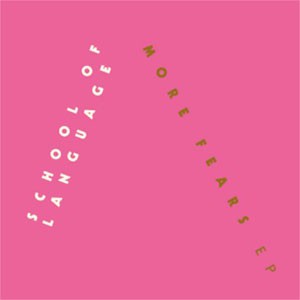 David Brewis is best known as a member of Sunderland group Field Music though he has been using the nom de plume School Of Language since the ‘Sea From Shore’ album released in 2008.

A pop polymath, the past twelve months have also seen David assemble and play in Eleanor Friedberger’s touring band, do production work for Maximo Park’s recent album and Futureheads-affiliates Rivals, Pea Sea and Frozen By Sight (a collaboration between brother Peter Brewis and Paul Smith), as well as remixes for Dutch Uncles, The Ralfe Band and The Phoenix Foundation.

With brother Peter, David also composed a score for 1929 silent documentary ‘Drifters’ which they performed at the Aldeburgh and Berwick Film Festivals. Field Music remain on hiatus since the release of their Mercury prize nominated album ‘Plumb’ in 2012.